Twenty years of swinging on the internet

It is common knowledge that swinging has been hugely popular in the UK for a very long time and After Dark is one of the oldest and most established remaining websites on the internet today, but it is not just one website but a collection of 12 interlinked websites, which makes it very popular for members joining as they get access to all the websites in the After Dark Network.

The “meet tonight” advert section as well as many other advert and post sections, offers members the ability to pre arrange meets at known locations as well as attending local swingers parties and social events. The social events can be huge advantage as it gives members a chance to break the ice by meeting in a local pub for a social only event, which is very relaxed and informal with no pressure or the expectation of participating in any form of sexual contact.

It is not against the law to be in an area with the purpose of meeting other people – however if it causes outrage to a witness, an offence may be committed.

The offence is one of public indecency, or public nuisance but having sex in a public place is not against the law.

After Dark website makes it far easier to find location in your area as they also list and display simple to follow google maps and directions and also reviews from their members and a “meet tonight” section where members can post and let other members know how and where to find them.

Here’s all you need to know.

The term means to have or observe exhibitionist sex in a public or semi-public place; usually outside in secluded country car parks and beauty spots, where other people will watch and sometimes join in if invited to do so.

1. You have to wear a condom, to prevent any STDs or unwanted pregnancies. It’s even advised to take a box to share around with fellow doggers.

2. Do not ‘dog’ in front of children or unsuspecting passers-by. This is actually illegal.

3. Refrain from disturbing the peace or attracting attention.

5. Do not destroy public property or trespass on private property.

6. All condoms and rubbish should be collected and discarded of in a bin.

7. Legal driving and parking should always be practised.

8. Agree a signal or safe word in case one of you wants to stop.

10. Steer clear of areas known for prostitution and drug dealing.

11. If watching, you should not touch unless verbally invited to do so.

12. If you’re happy for people to watch flash your interior light. If you want the watchers to come closer or join in then open your window or unlock the doors.

13. Don’t leave on headlights when arrived at the scene.

14. When finished, drive around for a bit or stop for food or fuel to make sure you’re not being followed.

After that if you still have enough energy left, head on over to the After Dark Group www.afterdark-group.co.uk for updates on everything new in the swinging world in the UK and maybe head on over to one of their events or swingers parties held monthly around the UK, you may even bump into Rachel.

To some the thought of having sex in a public place like a car park in a country park or country lane, or someplace dark and secluded whilst other people watch or join in., Would be the ultimate turn off, but to others it sounds like the perfect idea of exciting sexual fun.

You could be charged under the Sexual Offences Act 2003 for indecent exposure, public lewdness and gross indecency among a whole load of other things, unless everyone present is there for the same thing and no passers-by witness this public display.

This offer is ONLY available via bank transfer or PayPal; email me NOW for details Rachel@rachelreveals.co.uk

Your really don’t want to miss out on this offer! – it’s a lifetime of fun!

The guy ran his cock up and down my now well juiced up slit covering his throbbing helmet in my juices. With one hard thrust he pushed himself fully into my tight warm hole filling me with his thick shaft.

Seconds later another guy approached me. He was older and had a pretty small cock. He pushed his little cock into my spunky pussy and began to fuck me as fast as he could. It didn’t take him long at all before he moaned and shot a second load of spunk into my pussy.

As soon as he pulled out his cock was replaced my another one. This one was a better size and I could feel every inch as he slowly slid himself into me. As he fucked me I began to rub my clit with one hand and tease my nipples with the other.

This proved to much for him as well and he grunted as with one final thrust he unloaded another shot of spunk deep inside my pussy.

Another guy approached me, I hadn’t noticed him before. He was black and from past experiences I knew what that meant.

He pulled his cock out. I admired the length and girth of his black meat as he began to wank it to full stiffness in front of me.

I watched as he slowly rolled his foreskin back and forth over his bulging helmet until he was totally erect and his 10 inch thick black cock throbbed proudly in front of him.

He positioned himself behind me and began to run his helmet up and down my pussy lips coating it in the spunk mixed with my juices that was leaking from my well fucked cunt.

Every so often he would tease me by sliding the fires few inches of his cock into me before withdrawing it again. This went on for a little while before he once again ran his helmet up my pussy over my moist lips.

This time, instead of stopping at my dripping hole he carried on up and instead stopped at my tight brown ass hole. I braced myself as he eased his thick spunk covered cock past my ass hole and slowly slid his length inside me.

Just when I thought I couldn’t take another inch I felt his heavy balls rest against my pussy lips. He gave me a few seconds to get use to the sensation of his huge cock inside my ass before gently withdrawing it again.

As he slowly thrust himself in and out of my ass the initial pain was replaced by pleasure. I began to moan as he fucked my ass and he increased his pace as I did so.

Soon I was screaming as he was fucking me deep hard and fast with his huge cock. He pulled out fully leaving my brown ass hole gaping wide open for everyone to see before spitting onto in for extra lube and thrusting back inside me.

As he rode my ass another orgasm tore through my body and I screamed as my pussy exploded sending another mixture of spunk and juices running down my legs.

In one motion he quickly pulled his cock out of me, my gaping wide ass unable to contain his spunk which dripped out of me onto the ground. He pulled my head round and with a few flicks of his wrist sent another few shots of spunk erupting from his cock into my face.

I managed to get my mouth over his throbbing cock and sucked every last drop of spunk from his heavy black balls. I continued to suck him off till I had swallowed everything he had to offer and began to go soft in my mouth. 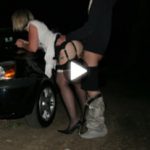 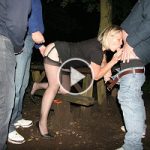 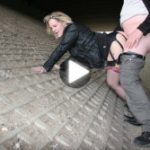 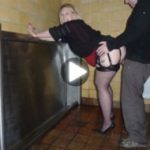 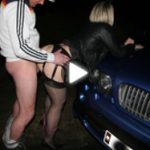 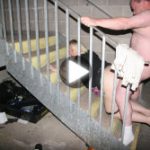 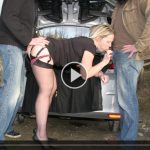 the new member LOVED my recent ass pic from my previous blog and begged me to recreate it again today! – think he was pleased with the result!

£45 – lifetime subscription to my fantastic website paying directly with me
email me NOW for details Rachel@rachelreveals.co.uk

Come and fuck me THIS MONTH!

OH…..and keep your eyes peeled something BIG and I mean BIG is coming in November!!!!!!! you wont want to miss out!!!!

Most of the locations we list in our members protected website include, detailed maps and directions as well as reviews, member comments and some photos and videos, all of which can greatly help to increase your chances of selecting the right location to visit that is in your local area.